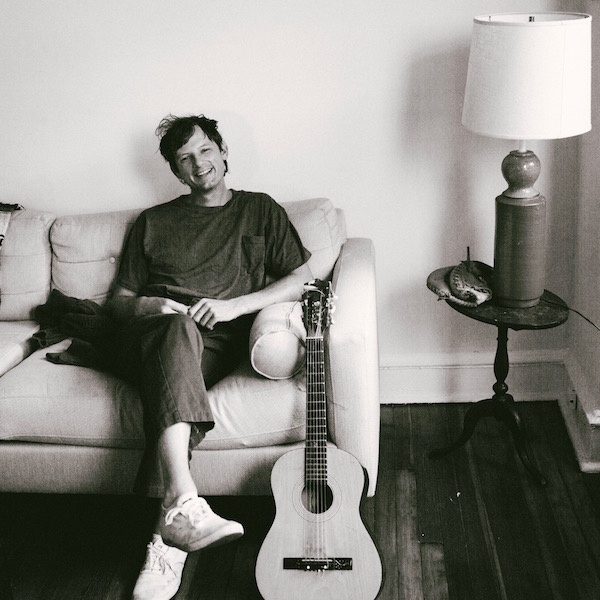 Hello Shark’s Lincoln Halloran has the knack for making the most crushing verses feel heartwarming, simply because his eloquent expression raises the awareness that another human has experienced a similar feeling. September’s Delicate is Hello Shark’s first proper LP, and it promises to introduce Halloran and his introspective musings aptitude to brand new audiences.

Hello Shark began when a teenage Halloran moved from his home of Massachusetts to Vermont in 2006. He quickly recorded an amateur but heartfelt debut called Book Lungs and began touring the Northeast, slowly building a community web that would stretch to include Owen Ashworth (of Casiotone for the Painfully Alone and Advance Base), Rochester’s Attic Abasement, and the members of Brooklyn collective the Epoch.

A major breakthrough for Hello Shark arrived in July 2011 with the album Break Arms, which was released on New Hampshire label Burst & Bloom. Break Arms is a confessional classic that manages to be melancholy, self-critical, and hopelessly sentimental without hardly ever rising above a quiet murmur. Break Arms marks the first time that Halloran’s penchant for gorgeous and sparse compositions were clearly expressed, and a small but passionate fan base took notice. 2013’s HS forgoes the folky fragility of its predecessor for a bolder, more electric sound. Over the 11 tracks, Halloran comes off as considerably more self-assured though he continues to explore a gentle vulnerability.

Delicate is Hello Shark’s first release since moving to Philadelphia in 2014, as well as the first on Orindal. The change in location, in addition to the two year gap between releases, has manifested itself in an exploration of disco tones and pop production. At recent concerts, Halloran has performed several tracks off Delicate alone with a drum machine. The display has a distinct karaoke vibe: equipped with just a microphone, Halloran seems to mentally erase the crowd and sing from a deep and cool sanctuary within; it makes sense that in 2011 Halloran sang “heaven for me is karaoke.” Fortunately, this purity of expression endure on the final Delicate recordings. Pseudo-title track “Jackson Browne” reads as a tipsy reflection over a barebones beat; the chorus “baby I’m delicate” resembles a late-night disclosure shared beneath blankets with the lights out, when hearts can truly be bared. Later on “Drake Night,” which features vocals from Florist’s Emily Sprague, an encounter at a dance club allows Halloran to revisit a relationship. Floating through Delicate are the vocal and bass work of Free Cake for Every Creature’s Katie Bennett. Bennett offers an ethereal presence to many of the tracks, adding a soft counter-texture to Halloran’s serene warble, perhaps most prominently on the yearning “Fishing for Bats.” On the other hand, songs like “Danny” and “New Jersey” summon the twangy tones of early Hello Shark songs. This is in part due to the recording work of Attic Abasement’s Michael Rheinheimer at his Rochester home (Rheinheimer also recorded Break Arms in Savannah, Georgia). Also contributing to Delicate’s recording are Matthew and Keith Hampson of Philadelphia synth-pop outfit Power Animal.

The music that ends up meaning the most is often not discovered until too late. Nick Drake’s Pink Moon did not become a cult favorite until long after its creator’s death, Arthur Russell’s legacy has only become clear since his passing, and so on. Hello Shark’s Delicate recalls both Drake and Russell, but luckily we are able to experience its beauty in the present.