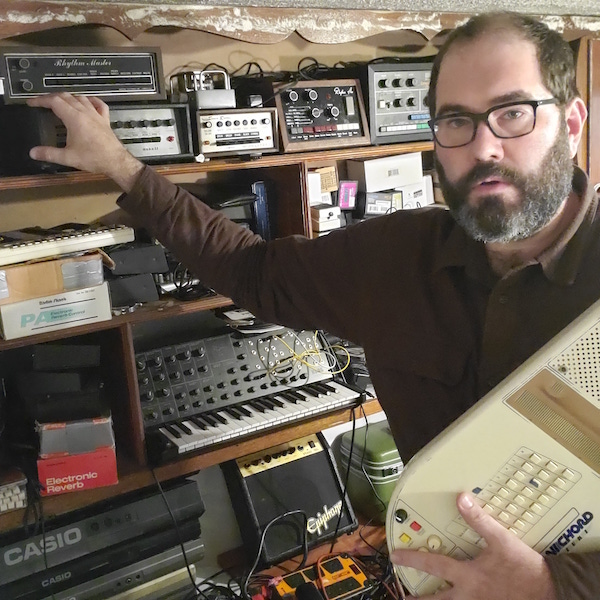 Animal Companionship, the third & most recent "studio" album by Advance Base, was released September 21, 2018 by Run For Cover Records / Orindal Records. GoldFlakePaint & Various Small Flames both listed Animal Companionship among their favorite albums of 2018. Since then, Advance Base has released Wall of Tears & Other-Songs I Didn't Write, a home-recorded collection of (mostly) country/Americana covers arranged for electronic instruments & Live at Home, a collection of mid-quarantine livestream concert performances & the closest representation of an Advance Base live set commercially available. A new single titled ”Little Sable Point Lighthouse” was released on March 31, 2022.

“It’s with no exaggeration we describe Owen Ashworth as one of the most consistent and important songwriters in contemporary indie music. From the earliest Casiotone For the Painfully Alone demos to most recent Advance Base single ‘Little Sable Point Lighthouse‘, Owen has crafted a catalogue of characters and circumstances with few rivals in the modern era. His is an ever evolving body of work which stands out in its deftness and humility and empathy and care, bringing to life individuals from across the spectrum of human experience while remaining unerringly attuned to the tender, fallible heart at the centre of each.” - Various Small Flames