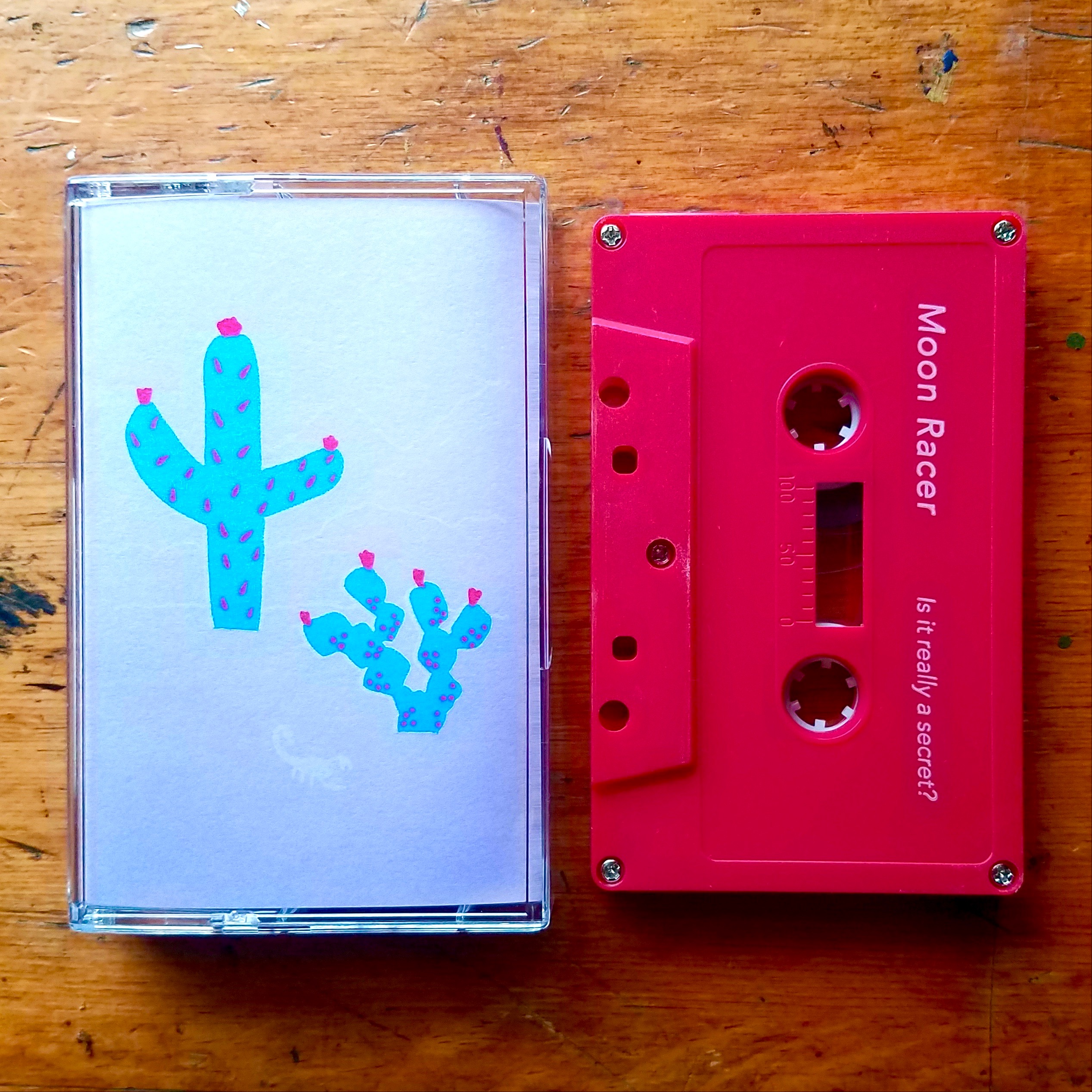 Is It Really a Secret?, an 8-song mini-album of dreamy, Casio-driven bedroom pop by Durham, NC's Moon Racer, is available today on cassette & digital formats!

Various Small Flames reviewed Is It Really a Secret? today:

Is It Really a Secret? is an album with surprising depth. What on the surface appear nice little bedroom pop songs are actually documents of very real emotions... the sentimentality and earnestness on show here is not some brazen declaration, rather the colouring of an interior world that manifests as neurotic awkwardness. However whirlwind and volatile, the love is not one acted out with a Hollywood-style directness, instead the thoughts and feeling are repressed, played over internally so as to maintain face. This lack of communication is intrinsic to the nostalgia of the Moon Racer aesthetic, because it allows an imagination of what might have been—an iteration where interaction was easier, braver, more open, and the relationship everlasting.

Order Is It Really a Secret? on cassette or download HERE.

If you live in the Durham area, you can catch Moon Racer live at The Pinhook on Saturday, April 28!