Out today: Advance Base- Live at Home & Casiotone for the Painfully Alone- Vs. Children vinyl reissue 23 Apr 2021 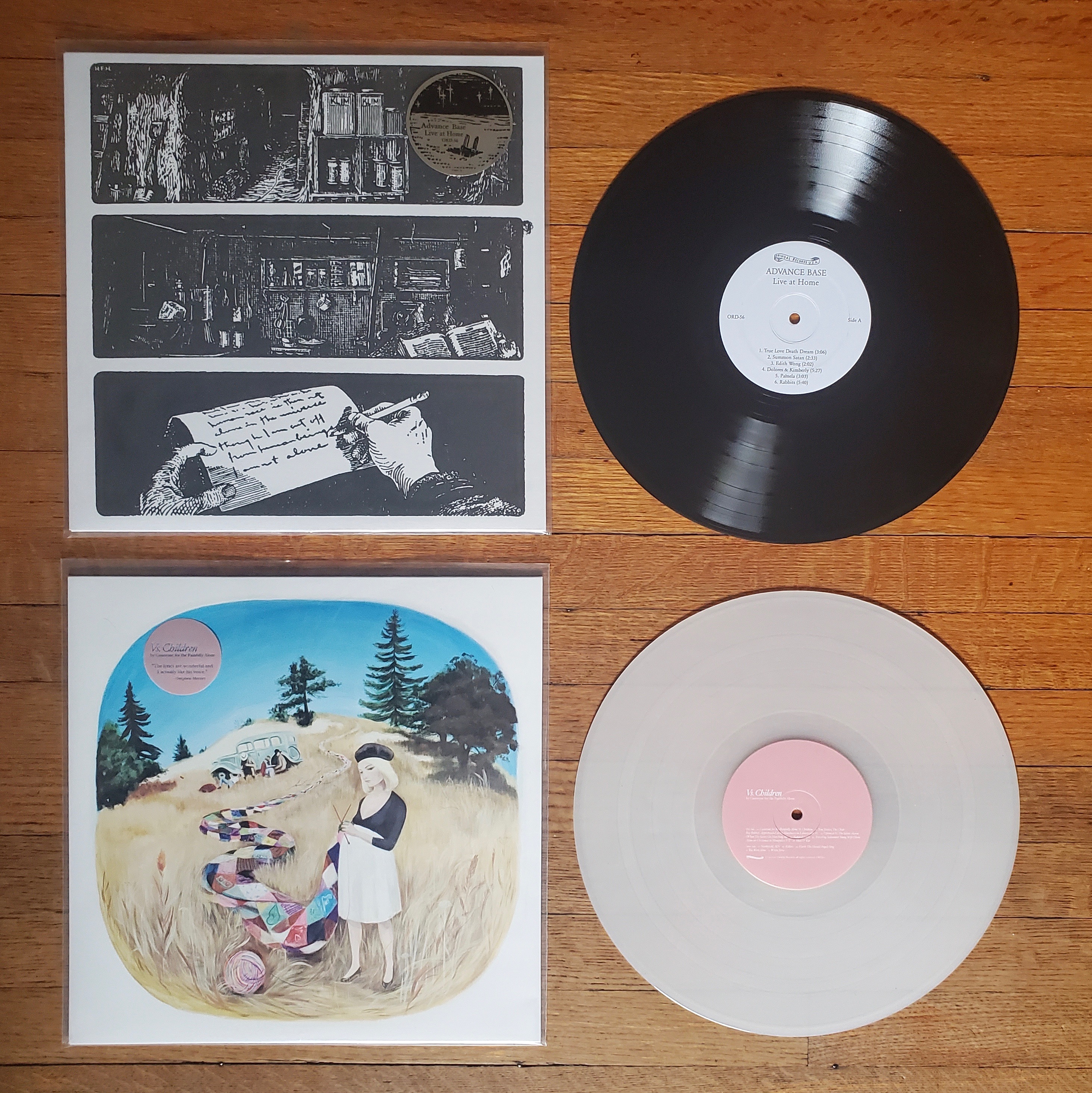 Today is the double release date for two albums by me, Owen Ashworth, the person who runs Orindal Records:

Advance Base- Live at Home collects songs recorded during a series of home concert livestream broadcasts from the spring & summer of 2021, when touring was made impossible by the COVID-19 pandemic. The warm & intimate solo performances on Live at Home recreate the experience of an Advance Base basement show. The album includes three songs from each of the three Advance Base “studio” albums, plus new arrangements of three favorites from the Casiotone for the Painfully Alone catalog, making Live at Home a de facto greatest hits collection, albeit one with its own specific character & unifying aesthetic. It's my favorite album I've ever made!

Casiotone for the Painfully Alone- Vs. Children is a reissue of Casiotone for the Painfully Alone's final album. From Jon Doyle's press release: "First released by German label Tomlab in 2009, Vs. Children completed an evolution beyond the strictly electronic style of the early CFTPA releases, using piano, organ, Mellotron, and acoustic percussion to achieve a newfound richness. Coupled with its increasingly mature lyricism, Vs. Children represented something of an inflection point, a turn away from the often harsh keyboard arrangements of past records towards a more organic form. A sound that Ashworth would develop further as Casiotone metamorphosized into his new project, Advance Base."


Purchase both albums together to save on shipping!

Order Advance Base- Live at Home on vinyl or CD HERE.

Both titles are distributed internationally by The Business & Mississippi Records.


If you live in UK/EU, you can order both titles from www.juno.co.uk.