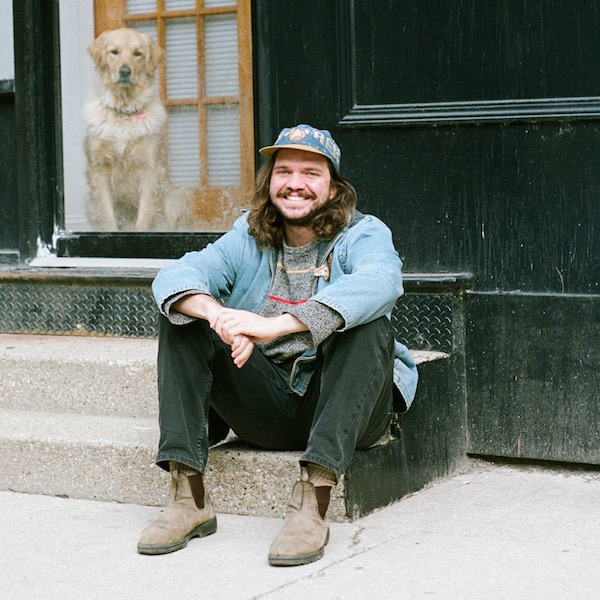 Matt Bachmann (b. 1988, Chicago) is a musician/composer/songwriter based in New York. Maybe best known for his bass plucking in Mega Bog, the Seattle-New York-anywhere fresh music nest of Erin Birgy, Matt’s also spent time on the road with Hand Habits, Happy You, and iji.

In 2015, Matt released In Between on Help Yourself Records under the name Big Eater, the name under which much of Matt’s recorded and performed song-oriented music has been collected up until now. In 2016, Matt released Salt and Love Shape on his own label, Left Door Tapes, this time eschewing the song-writing moniker of Big Eater and releasing the albums under the name. These two 2016 albums show another side of Matt’s musical output: repetitive, patient drone music that explore unconventional, seemingly rootless harmonies. The songwriting process and the ambient, meditative process had always been kept separate by the two names, but in 2018 Matt retired the name Big Eater in an effort to bring together both processes. Bringing everything under the name of Matt Bachmann re-invests each project with the holistic intimacy of their shared origin (Matt himself), under the honest heading of his name. Bachmann’s debut Orindal Release, Unconditional Love, came out in 2018.

Walking Preference is Bachmann’s most recent collection of passionate instrumentals, expanding on the sound vs song work previously explored on earlier records. Recorded almost entirely on a Roland JX-3P, a Yamaha digital piano and a D.I. Guitar, Walking Preference inhabits an animated universe inspired by Miyazaki films and Nintendo fantasies — a world both natural and unreal. Air and space have been carefully manufactured. The playful drones and compositions within are full of bubbles and sharp turns while still adhering to the core tenants of Bachmann’s sound— that of beauty and space. Bachmann’s music is more sky than earth. Walking Preference zooms out.