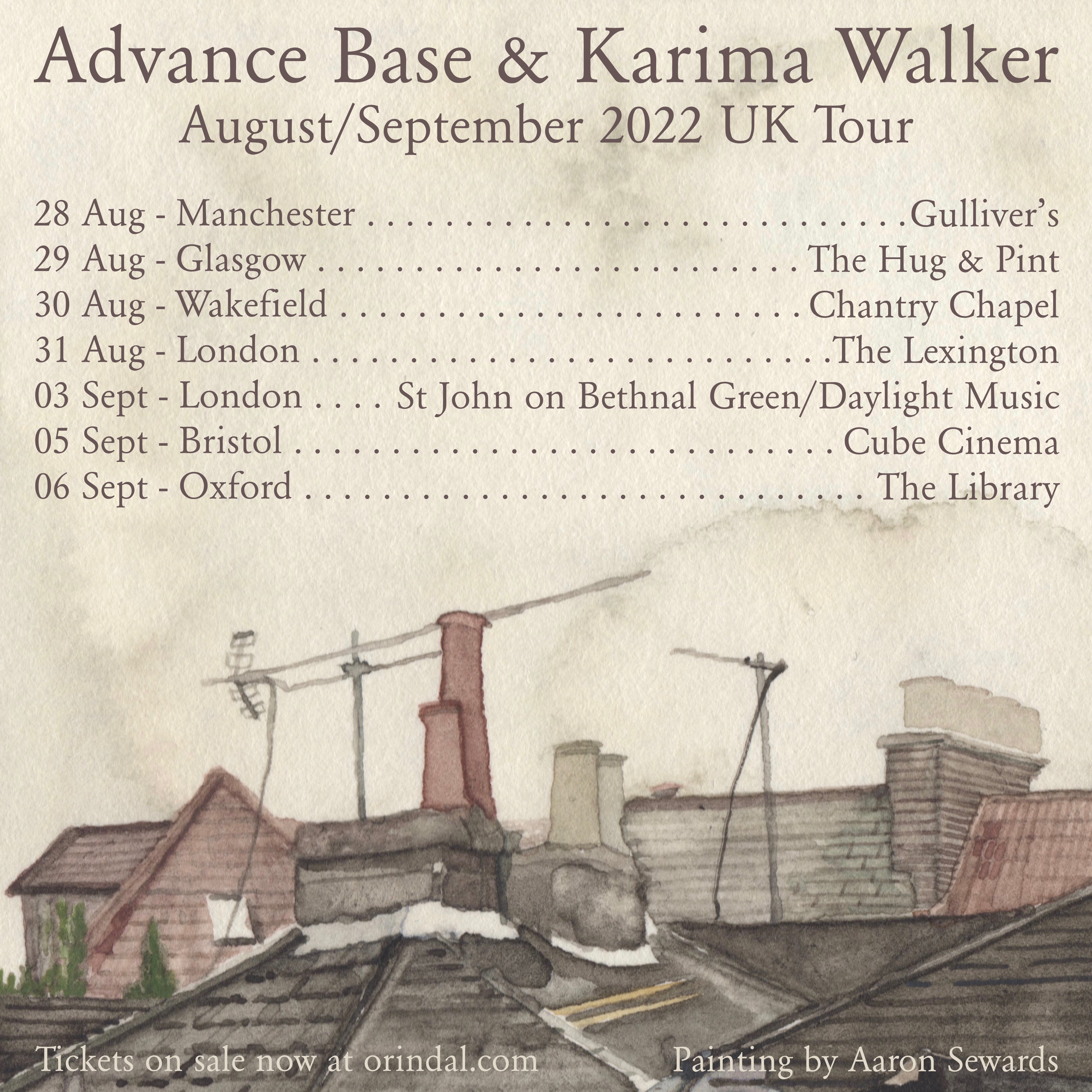 Advance Base is the melancholic story song project of Owen Ashworth (formerly of Casiotone for the Painfully Alone), making their much anticipated return to the UK following the release of 2020’s Live at Home & 2021’s Wall of Tears & Other Songs I Didn’t Write.

Singer, sound designer & filmmaker Karima Walker makes her UK debut following the critical acclaim of her 2021 folk/ambient album Waking the Dreaming Body (co-released by Keeled Scales), featured on best of the year lists by GoldFlakePaint, Gorilla Vs. Bear, For the Rabbits & more.

“With her uncanny Americana, Walker’s experimental inclinations have allowed her to explore some previously un-plumbed liminal space on the horizon, somewhere between sand and sky.” - Pitchfork

Tickets are on sale now at orindal.limitedrun.com/pages/tour-dates.